Here’s the true story of how a cheap, silver, home-burned CD randomly thrown in a backseat, became a divinely threaded needle of the almighty; sewing golden stiches into the fabric of my life and forever changing the patchwork of my journey here on earth. Thank You God and Lisa Payne.

You see Lisa Payne is the person who put the CD in the backseat of my cousin Tera’s truck, but after reading this, I think you’ll agree that God had much more to do with it 🙂

(As you read today’s post, I invite you to play the videos of the songs and enjoy the words that have meant so much to me)

Let’s go back to a day in mid March of 2010. My cousin Tera had been living with me in KS for probably a month and a half. I don’t remember the exact day that I asked her about the disk that seemed to be forgotten about. It had been riding around with her since we unpacked her things from her move.

I’m sure she said something like; “I don’t know. My friend Lisa gave it to me before I left. Take it if you want to.”

At some point thereafter, I put the album in while driving around. I was surprised with how quickly I dug it, and thought it would work great for some lake campin’ tunes. I only listened to it a couple times at camp, and among the games and drinks and friends, I really didn’t pay much attention to the songs or words 🙂

Until it spun a few more times and I noticed one of the songs said something about “Miss Ohio”. Hmmm… that’s strange. I figured that since my cousin Tera is from Ohio, that maybe it was a local band… then I really listened to the lyrics, and my heart felt pressured and memories started to flow.

You see, the reason that my cousin Tera, one of my “Miss Ohios”, was here in Kansas is that she had moved cross-country to be where her family is. She had lost all but her niece and nephew up there.

Her Mom suddenly died when Tera was 12, then her Dad 12 years later to MS. Then shockingly, tragically we lost her Sister, her Rock, to suicide on January 31st, 2009. Megan was our other “Miss Ohio”, and Miss her we sure do.

It was 1 year to the day that I got the worst phone call of my life, about Megan, when all of Tera’s belongings were packed up in a trailer and we pulled out of her hometown, headed here, to Kansas. This is just one of the many coincidences that stitch this story together. Thanks for staying with me 🙂

At the same time that I was at the lake and enjoying a birthday weekend listening to the sweet tunes on my vagabond rag-tag CD, I had an internal struggle going on in my gut.

I had become completely free of the debt in the few months prior. I had no payments in the world, but I felt a sinking feeling every day on my way to work. I started to really question the “why’s” of my purpose here on earth. I couldn’t fully understand, but something was pulling me away from my “old life” and whispering in my ear that it was time for a great change.

Of course, as I contemplated quitting my steady, well paying gig and heading out on my own… the Band of Heathens were right there to reassure me

And one day while at work, an ancient thought from my teenage years blasted my brain. I remembered a dusty ol’ dream of a cross-country roadtrip. It was late on a Wednesday when it hit again, and just felt right. I could do this trip. I am in the position to head out across the land with no deadline, no specific agenda and just a couple locations to hit.. My mind gripped and sunk it’s teeth into the idea, until ultimately, I was unemployed, gassed-up, packed and ready.

With my old job behind me, only a vague idea of exactly what was next, I headed West into the roadtrip of a lifetime! Guess what was on my CD player??

That’s right – I brimmed full of joy on every one of the 6,000 miles, from Kansas to the coast of Oregon, down to Southern California and back home. I just wanted to sing to everyone i knew that I wished they where “Right Here with Me, So Wild and Free!” that album spun literally hundreds of times in that 3 weeks. Every note, every strum, every word eventually embedded into my soul, and telling my tales with tears and truths!

I am not exaggerating one bit here. In fact, you can read all about it here on my first ever blog www.ashellandastone.blogspot.com

In the creation of that blog, I found a voice inside me that wanted to come out. I originally only intended to report my locations and progress on the trip. I ended up however, exposing my inner thoughts, letting the Muse play in pictures and words as I rolled and wrote mile after mile. That blog, which I wouldn’t have done; without the roadtrip which I wouldn’t have done; without the loss of Megan and uncle Steve and my debt-freedom; has now blossomed a whole new me 🙂 A writer. Someone who openly shares. Someone who’s left fears behind and looks ahead to possiblity! Thanks be to God!

So, after returning having scratched that internal roadtrip itch. I set about building a new business: True North Financial Fitness Coaching. I wanted to help people achieve goals in their financial lives. I’ve learned what’s possible. I know the awesome capabilities of the average family to beat debt, grow a savings cushion and give themselves freedoms to choose their own paths to their dreams…

BUT, That whole idea went pretty much nowhere… Hmmm… Certainly not the way I had hoped! I had the training from Dave Ramsey’s home offices.  I had the passion, the time and energy. However, with just a couple exceptions, instead of booking clients and serving my community; I heard opposition and misunderstanding of my desires and services… hmmm… All part of the plan Big Guy???

Again, the Band of Heathens had the chorus to my life 🙂

Eventually, with lots of prayer and several months with my nose into books new and old that outline the process of success. I find out I was experiencing the usual tough road to launching a new business and the Resistance comes with that territory.

Ha! Guess who (Me!) shoulda’ done a little more looking before he leaped! Actually, regrets factor nowhere in this whole equation, but as they say, “hindsight is 20/20!”

I have learned that history proves that those who stay determined, and persevere by constantly reinventing things until it works, are the ones who make it. I had learned Truths through all this, and if I am to succeed, I must not be afraid to voice that Truth!

The message of “Somebody Tell the Truth” speaks to my new goals, new plans and the reason you’re reading these words on this new website www.weirdforgood.com

So, as we sit here one year after the end of an epic road-trip, a year of scraping by and surviving in the real-world of entrepreurship, what do I have to cap things off with??

Well how about this: I KNOW that I am being protected by the Lord. I Know that the same relatives who I miss on this earth, really do “Have My Back” up in heaven. Want Proof? 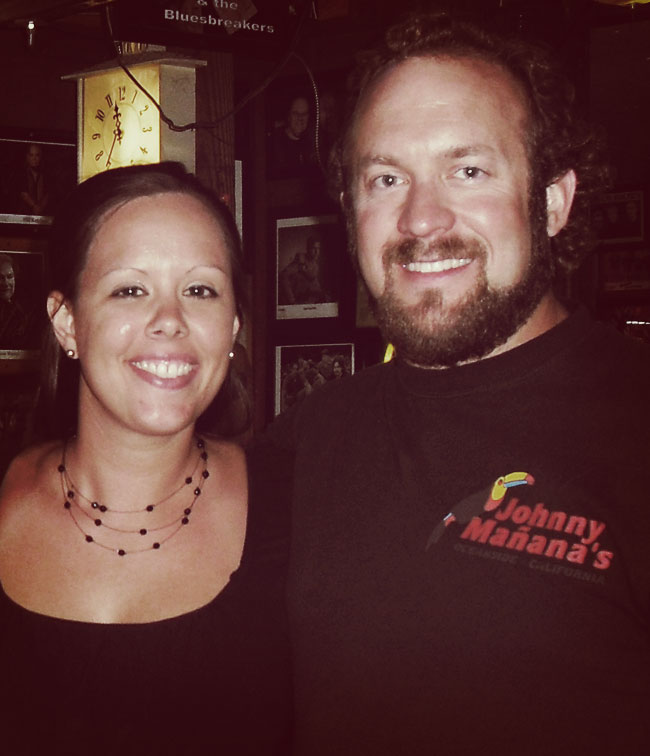 Two weeks ago, randomly, my beautiful girlfriend Lindsay and I were talking about cell-phone ringtones or something. The Band of Heathens came to our minds and we jumped on their website to hear a song. For whatever reason, I clicked on the Tour Page and saw that they were playing Really Soon in Kansas City! I did get to see them in Lawrence in the fall and although it was surreal then to see these guys live, this one felt different…

We put Tuesday the 26th on our calendars, to make sure and be at the Show. I was super pumped!

In the next couple days we realized that the BoH show was going to land on Tera’s Birthday! My beloved “Miss Ohio”, who had carried this mysterious album to me from Ohio to Princeton, Kansas was going to celebrate her birthday on the same day that I got to see the Band live…

PLUS, as we drove to KC for dinner, and as I tried to convince Tera to join Lindsay and I, at the concert, another thought came to mind.

That Tuesday, One Year Ago, was the exact day I pulled back into Manhattan, Kansas after my 6,000 mile journey was over!

Tera’s birthday, The Band of Heathens and my One Year Anniversary of my new life… All in one night. Thanks God, I get the hint. You’re with me, You love me, and You’re showing me that all the time! 🙂

What an AWESOME NIGHT OF MUSIC!! My spirit was singing and soaking up every moment! I felt floods of gratitude and love from above! As well as the buzz of a few cans of frosty PBR beer too! We hung out with a new friend, Justin Neighbor, who’s a DJ at 106.5 the Wolf and spins the BoH on Sunday nights. Then after the show I gave Colin Brooks (pictured) a quick run down of this whole story. He was moved 🙂 I have the picture to prove that I didn’t scare him off with my true tall tale!!

If you all are wondering out there about how we’re all doing now? Well, really swell!

I have a work-from-home job that allows me to write and blog for the motorcycle industry. This also allows me to keep pursing my own soul’s desires, like blogging here with you! 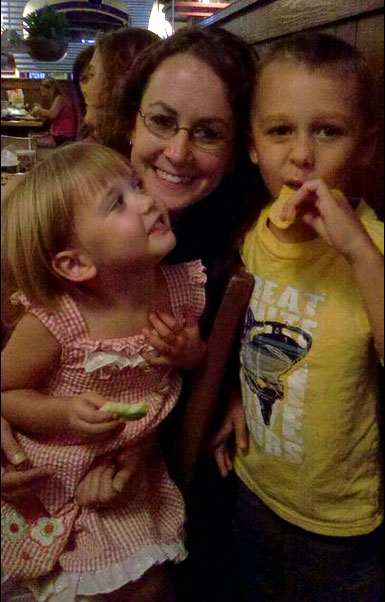 And our little girl Tera? Well right now as we speak, she’s spreading her own fabulous wings! She’s about to make her next move into Ottawa. Her strength and independence has been there all along. I couldn’t be a prouder cousin to see her story unfolding as beautifully as she deserves. I just hope I can be as helpful to her as she’s been to me.

Love Ya; Tera The Belle!

From one Heathen to Another 🙂

9 thoughts on “Legacy of Heathens”