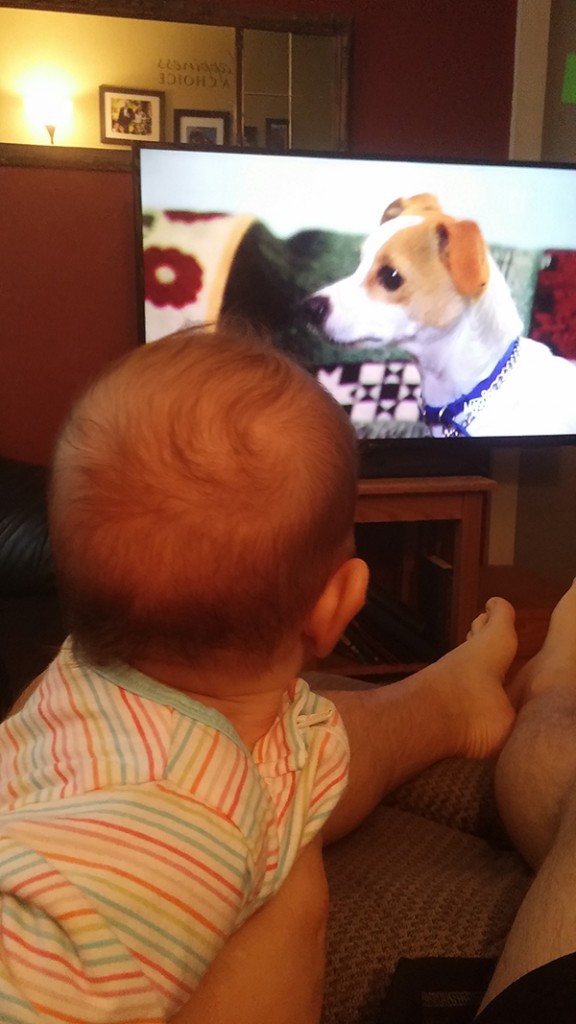 The bright colors and motion of the television do seem to grab her attention. She will sometimes try to crank her head and neck to watch it, if she catches a glimpse of it, after a feeding in the living room recliner. In general, we think it is too early for her to want to be a boob-tube baby, so we just move on to something else or click it off and play one-on-one.

Funny though. I would like to have her not watching the TV, while I am watching it. I would like to feed her, or burp her or have her contented in my lap, while I catch up on some PBS shows or maybe even Netflix. Why don’t I see the same problem with my own television addiction, as I seem to have with hers.

Well, just like most other things in life, I can be keenly aware of what someone else ‘should’ or ‘shouldn’t’ be doing. It is actually a very easy task to run down a list of actions or habits or reactions or plans that I think another person would benefit from in their life. I can even be impressed with my own intelligence and awareness of them. I am so smart, everyone should listen to me!!

Years ago, we didn’t even have a working TV in this house. I am pretty sure I got along just fine without it. Now we have a big one, and a crystal clear signal from an antennae high on a pole outside. Our Roku device grabs movies and documentaries and TV shows too from internet. I just watched one about Knuckleballers late into the night on Wednesday after the Royals’ big win.

See, I am the one with a TV problem. Not the baby.

She has only watched a couple minutes per day, because it is flashy and visually stimulating. I am watching it to let my free time be sucked away. I want to avoid something else more important or maybe harder, like helping my wife around the house with laundry or dishes or picking up the tornado of mess that has collected on my working desk and elsewhere…

So maybe I am the one who needs the technology minutes allowance schedule. I have probably already used them up today, and if I want to earn enough to watch Game 2 later today between the Royals and Blue Jays, I’d better do some extra credit.

But most likely, I’ll just doze off for awhile in this comfy recliner and watch some more Dog Whisperer… it’s only on every Saturday Morning you know…

“Why do you look at the speck of sawdust in your brother’s eye and pay no attention to the plank in your own eye? – Matthew 7:3 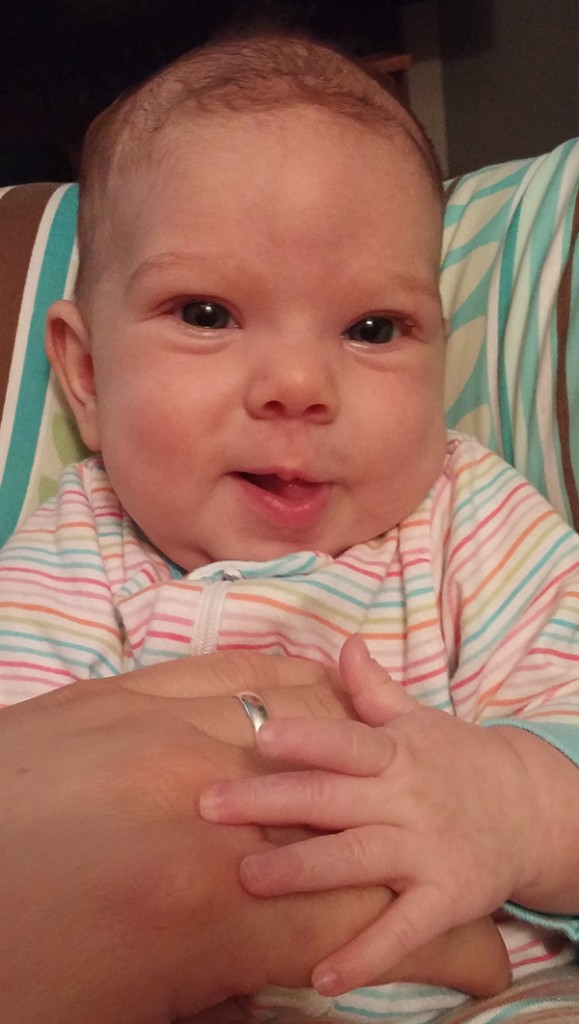 One thought on “Letting the TV raise our Baby”