Did you know that Tomatoes are Procrastinators?

Actually it’s the plants, not the fruit itself.

Several times in the last couple weeks, I’ve gotten questions and compliments on the… uh… size, of my Tow-Maders from my friendly Princeton neighbors. 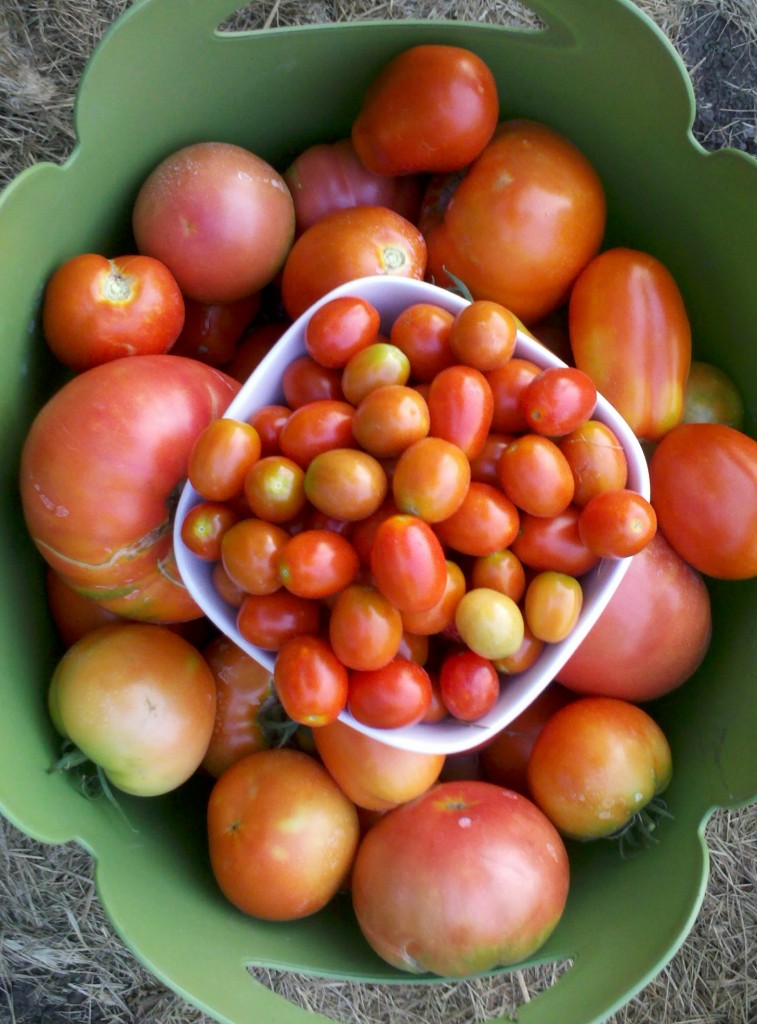 Last week at the Brand’n Iron, I was questioned about the large fruits that were growing in my garden.

The guys that asked, had driven by my place several times. They noticed the tomatoes and wanted to know how I was growing some large ones. Apparently, their gardens hadn’t produced fruit that size yet.

“Are you using a special fertilizer?”, they asked?

“How often are you watering?”

“Our plants just aren’t making big ones this year.”

In explaining to them that I had good dirt, but just like last year’s, and that I used some Miracle Gro early on, but hadn’t in a couple months, I then told them my twice weekly watering schedule, which didn’t seem extra special…

I really didn’t know why.

Oh, and one more thing: I did decide to cut off the Suckers this year…

Well, there we found a difference.

Ahh, they had heard of this, and didn’t try it yet, and we all nodded like we’d maybe found the answer…

(Here is where I may ignite a garden feud, but so what. It fits the metaphor perfectly, and I’m going for it! {and I’m referring to indeterminate plants for those in the know})

Do you know what a Sucker on a tomato plant is?

Well last year in my first gardening experience, I didn’t know, didn’t care, I just put plants in the ground, slapped a cage around ’em and let them go.

The plants grew big and healthy. They turned into monsters. They packed the cage full of green-ness and I expected big results, lots of big tomatoes.

But that didn’t happen.

This year, in planning my garden and watching lots of YouTube and Victory Garden, I learned about cutting off the Suckers, and decided to try it.

A Tomato Plant is a vine.

It wants to climb, and crawl and that’s why people cage them up, or tie them up. It starts at the ground with one main trunk of the vine then grows and grows.

But almost immediately, it wants to do more than that.

It wants to spread out.

Right in that elbow, a couple small leaves sprout. Then they shoot out on the end of a longer stem. Then they sprout a couple branches.

They are a brighter green than the main vine. They are a natural part of the plant. They will eventually produce some Tomatoes, BUT…

This is how the plant PROCRASTINATES.

See, these Suckers, are actually another entire Vine. They are a whole complete tomato plant in themselves. They will produce fruit, but only after they have made a complete stem, many branches of leaves and flowered. This Sucker can grow in length two to three feet, before it ever produces anything.

So imagine the main vine, if left alone, will produce it’s own leaves and fruiting branches, and TONS of suckers. They then produce their own leaf branches, several feet worth, for each.

Having lots of green and not lots of tomatoes is the experience I had last year, with leaving the Suckers unchecked.

Just like my own life; I tend to allow entirely new projects and distractions and time wasters to grow all over my schedule. I see how these Suckers look attractive and helpful, because they’re so green and vibrant and full of possibility. I can imagine (unrealistically) that having big fruits hanging all over the main vine, AND all the Suckers seems more appealing than just the original plant.

In my mind, adding new elements to my life will produce more fruit…

Truth is, to get more fruit this year, in my garden, I cut the Suckers.

I made an overall plan to chop them off whenever I saw them.

They are easiest to break off when very small.

It takes more guts to cut them off, when they’ve gotten bigger. Some have even been missed until they produce fruit, but I cut ’em off anyway.

And the results for me are: I am pulling Big Healthy Tomatoes off the plants every day.

And they’re noticeable enough from the road, that I’ve been asked about them. 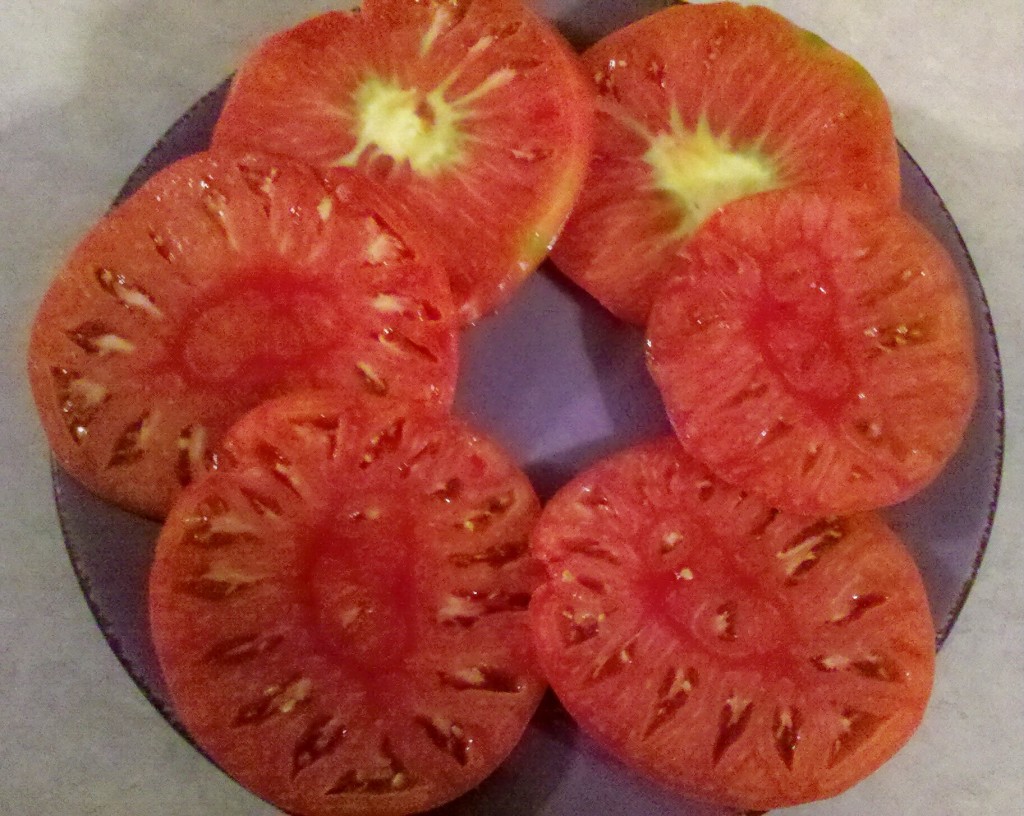 Actually, it would be a lie to say that my plants don’t have any suckers on them at all. A few of these branches grew huge and fast, and were hard to distinguish from the main plant. Sometimes the vine forked evenly, so it was difficult to tell which was the Sucker.

Overall, a few of them is no big deal.

Why is it bad to leave them all unchecked? Well, there’s one more aspect. The Suckers, when growing, produce more Suckers! Yeah, It’s exponetial!

The roots of these plants are strong. The main vine and plant are amazing. But they are only so big, they only can soak up so much water and nutrient from the ground. The main vine doesn’t grow in capacity with each Sucker that now wants it’s own supply.

This is the distinction between Busyness vs. Effectiveness.

The plant full of Suckers looks plenty Busy. It’s got lots going on. It’s not, however, producing great fruit. (This was my experience last year)

The effective plant, is trimmed. It’s efficiently providing resources to a smaller number of blossoms, but it has so much more to give them. These blossoms grow and grow.

And the neighbors ask, “How’d You Do That?” 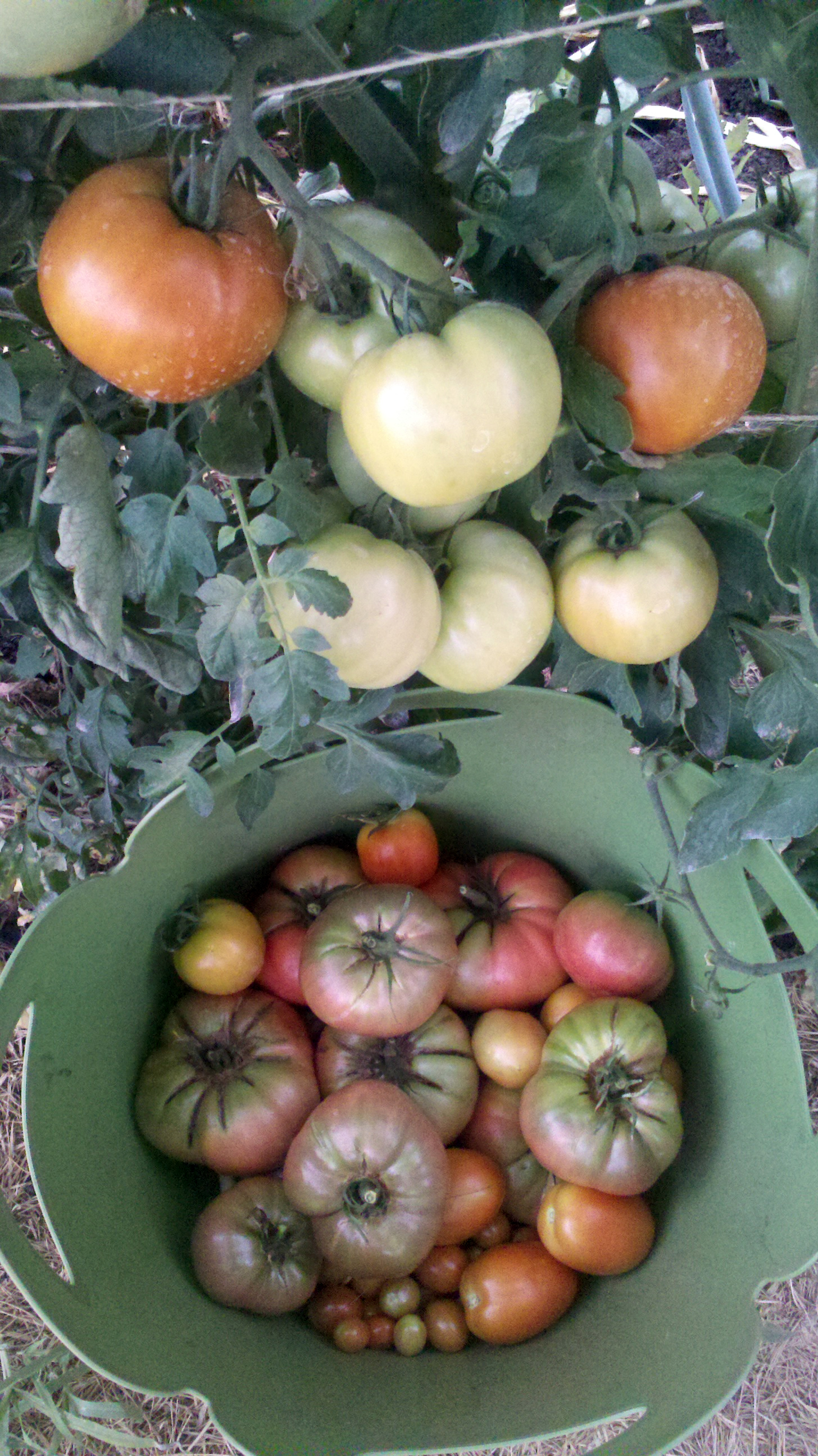 Really, it was nothing I added. It was a matter of cutting away the unnecessary Suckers.

The Sucker’ing ability can be a lifesaver in some instances. In a hard wind, a couple of my plants broke, and the growing tip of the main vine was killed off. Luckily the Suckers kept growing, and the plant recovered, but a little behind the others.

The Suckers are natural, they are part of the plants biology, and they aren’t “Wrong.”

They just hinder the productivity.

So, if you grow tomatoes, maybe you want to argue this whole post!! Be my guest.

If you are really Busy, ask yourself: Am I producing great fruit?

Am I Busy? Or am I Effective?

If you are producing great fruit and you are being Effective, you can probably look back and see, where you trimmed the Time Suckers and Energy Draining elements from your life. 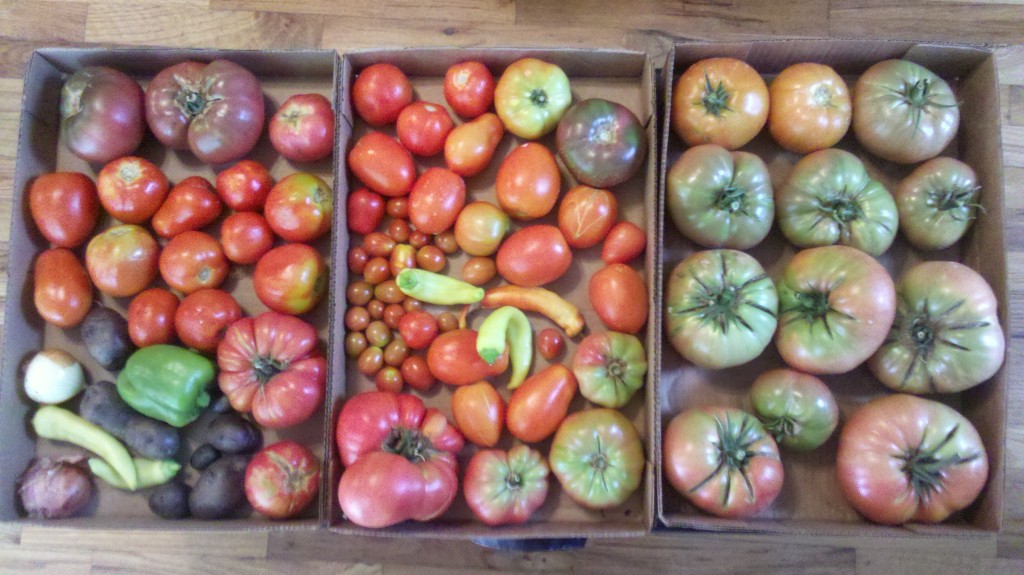 2 thoughts on “Cut the Suckers”