Why don’t I fear cutting my finger nails? Or how about my weird shaped toenails that my loving wife was grossed out by last weekend (apparently seeing them for the first time 🙂 ). Why do I not put off and avoid the act of slicing off part of my own body? I do it about every week or so, no problem.

Hmm… slicing off part of my body. Yes, that is true. I have a hardened plate of keratin protein that grows from the end of my finger, and I use a sharp metal blade to cut and remove.

As a kid I remember being squirmy and squeamish about having my fingernails and especially toe nails cut. Mom did it, until sometime in grade school I think. I was reluctant because I was worried it would hurt. I remember pressure from my toes being squeezed and every once in a while a little clip of the skin, probably because I was moving around too much.

Nowadays though, I rarely mess up, and cut my skin, while trying to trim my nails. Overall though, it is a regular and mundane thing that I do, I expect most other people out there do too, on a regular basis.

Think for a second though, about the nail itself. We are really only removing the very end of it. We cut off the part that used to be very sensitive and attached to the finger, but now has grown out beyond a useful or socially acceptable length. Of course, this size differs from men to women. This same part that we remove though, used to be quite responsive to touch, and would have caused lots of pain to cut, back when it was in the middle of it’s growth cycle.

Fingernails are a fascinating thing. Just like a lot of parts of our body. I am not trying to talk about current cultural differences, or possible prehistoric uses of fingernails as tools. A speech I heard from Wayne Dyer, first connected my mind, from God and divine creation, to our fingernails…

“ I think there is a force in the universe that directs everything, and there are no accidents, anywhere. This divine force is what is growing our hair, growing our fingernails, beating our heart, digesting our food, and all of the other incredible mysteries that we look at and take for granted. My showing up on this planet and living for the first 10 years or so of my life in a series of foster homes and orphanages was all perfect. That is how I’ve always looked at it.” – Wayne Dyer

How do they grow? What is the energy behind the mechanism that makes our fingernails longer, only slightly longer, each and every minute, of each and every day, our entire lives?

Simple, and absolutely amazing to me.

Among the millions of other jobs that God has done, forces set in motion, everybody’s fingernails just grow. Crazy.

So why is it, that there are other parts of my life, that are dead, and still attached, that I refuse to cut loose? What am I carrying around, that used to be quite sensitive and part of my very being, that have now grown away from me, beyond usefulness, yet I refuse to remove?

Past regrets of words I’ve said? Past relationships gone wrong? Past activities and mistakes and missteps and anger? Past addictions and embarrassments and failures too? If all these things were illustrated in a sketch, as part of my growing process, just like a fingernail was, when I was a kid, would I like the picture I see?

Remember the Guiness Book of World Records? Remember reading that at the school library, because it was a book, that you could spend time with in class, and not actually have to read? I loved those things. I bought them from the book cart every year. In the Guiness Book of World Records, there would be pictures of the longest fingernails in the world. Suuuuuper long ones. Big, loopy, droopy, coils of old rotten disgusting fingernails.

Crazy thing, is that if you could photograph all my old regrets and past unpretty history, that I carry around every day, it would be a gigantic tangles mess of curly yellowed and bumpy finernail coils!!! GROSSSSS!!!

Lord, help me to see my past and all my mistakes and missed opportunities as part of my grown process. Help me to see that at one time they were important, but now they are not. Help me to want to let go of this tangled mental mess. I want to know that it is okay to cut them off. It won’t hurt. I will feel better when it’s done. Even a little bit at a time, until they are back down and manageable. Help me see that I will move easier, be free-er and more loose and lively in my life, ready to move forward, without these cumbersome coils… In the name of Jesus Christ, I pray 🙂 – Amen! 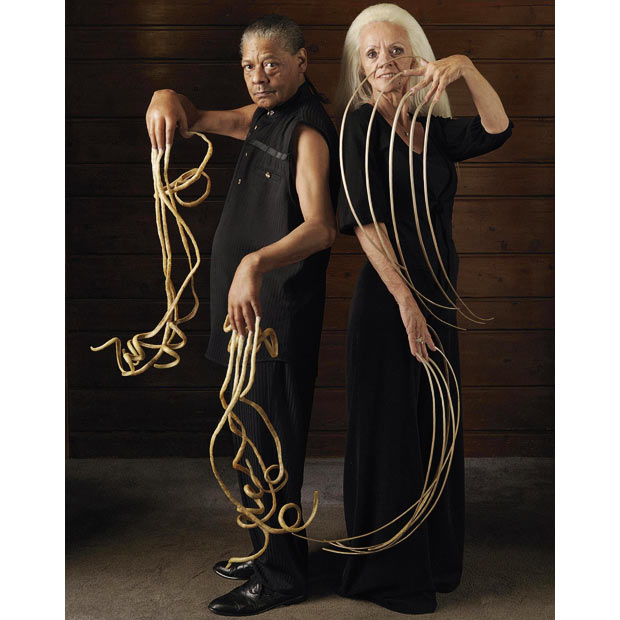 3 thoughts on “A Welcome Amputation”