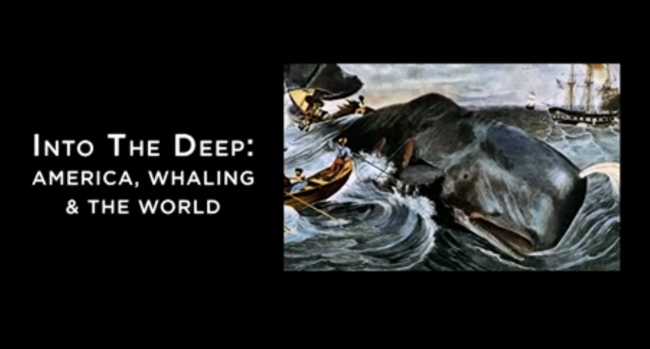 Salty wind whips splashes of brine across your face. The 25 foot open vessel creaks, groans and slaps water while the six other men row as quietly as they can…

Land is thousands of miles away; it’s an eerily anticipated intense moment…

Your destiny is right in front you. It’s adventure, wealth and possible death in the form of this unsuspecting 60-foot-long, 45-ton sperm whale.

It’s your turn now, you steady your legs, grip the wooden harpoon handle, raise it high and with all your force in one full-body motion, you heave that hooked blade into the monster.

That’s when all hell breaks loose!

I watched a tragically enthralling story unfold on PBS tonight; Into the Deep, America, Whaling and the World. The documentary covered the maniacally courageous sailors routinely putting their lives on the line, in pursuit of wealth, adventure and the main petroleum product that built the industrial age of early America: Whale Oil.

It was a great program, and I especially loved how they explained this most critical, most tense, most personal and terrifying point in the hunt.

This Moment of Crisis, as the first harpoon was launched, was the point of no return.
It was certain chaos! 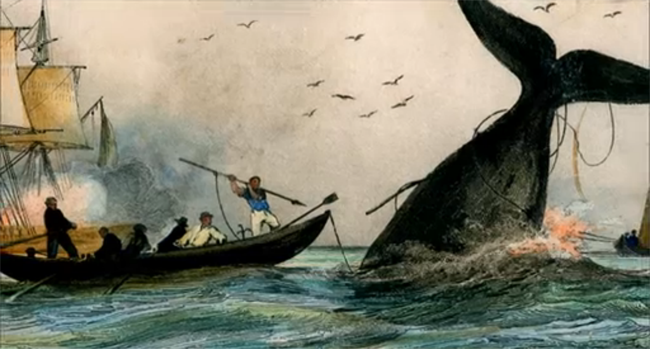 And I was reminded of similiar moments just last week, as I affixed a gaze on my own monster. With tense breaths, I pondered whether or not to launch a possibly deadly harpoon. This journey into self employment, personal coaching and freelance design work has certainly resembled an ugly deep sea monster at times…

Well I did it! It was only hours after posting my blog last week, that I cut a check.

I hired my first big-time coach 🙂

It was a serious, sizable amount, and it came out of my Emergency Fund.

Wow. For those of you who don’t know, my debt-freedom and journey to self employment has so far been a solo-act, scraping to learn the hard way and backed by my locked-and-stocked, never-to-be-touched, for-any-reason-whatsoever, Emergency Fund.

I have survived 1.5 years in a barely fluctuating and severely slight income stream compared to my previous 10 year career. And I have done that, while living debt-free without touching the Emergency Fund. It has been an exercise in extreme frugality.

AND, just like the sailors, who where way out in the sea in their little crafts chasing big game; only one of 3 things is about to happen.

As they pointed out on the documentary, once the harpoon is launched. Chaos Ensues! 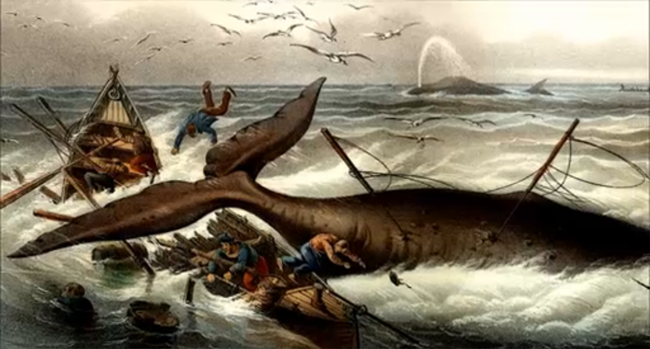 Scenario #1 – By stroking your blade deep into the giant; you piss it off. It feels the sting and goes after the source of the pain. It crashes and smashes your boat to bits out in the middle of the wide open ocean. Forget the spoils of your hard work… just try and survive.

Scenario #2 – Startled, the whale dives. It takes its mighty strength and valuable oil down, down, down. You may never see that animal again. Your gear hopefully breaks. At best you could be left with only your boat, your men and broken tackle to go and try to find another, easier to handle beast. 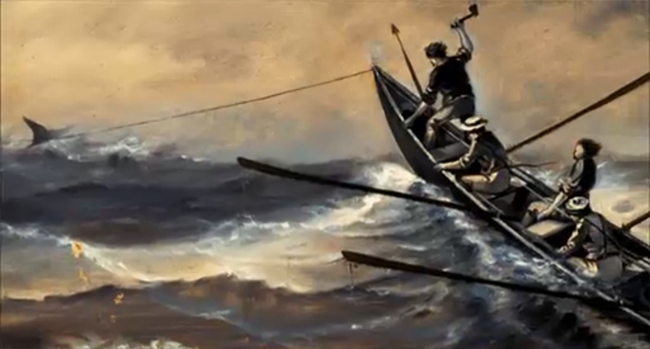 Actually the most common reaction of a harpooned whale was to explode across the surface. With the whalers in tow, it could rocket through the water for hours. Sometimes called the Nantucket Sleigh Ride, the hunters where hoping to see their prey blasting safely away from them, as it wore down it’s own power, minute-by-minute. Finally, when the whale had it’s last hurrah and was completely exhausted, they killed and harvested it.

This high-risk, high-reward lifestyle was obviously not for the faint-of-heart.

I’d guess you can imagine which of these scenarios I’m hoping my 2012 relates to. With the moment of action behind me, I’m now about to find out if the ensuing chaos, will lead me on the exciting, rewarding and fulfilling adventure that I initially set out for, over a year and a half ago, or not.

I feel good about my odds, just as the sailors must have, to keep chasing the monsters of the seas. Just like them, I don’t have all my eggs in this one basket. I still am blessed to have reserves available to keep me afloat. But from where I’m looking, the opportunity is all ahead of me, along with tons of hard work.

See, just as when the sailors seized their bounteous catch, their work had just begun. They used the same tow line to row the carcass back to the main ship and they had 3 days of backbreaking labor ahead of them.

I’m looking forward to the posts I’ll get to write about all the hours and hard work I spend helping people, organizations and businesses to achieve their goals, and pile up heaps of momentum toward reaching fantastic results.

As I am coached by one of the best, I’ll pass on all that I learn; guaranteed.

I invite you to share your Moments of Crisis, when you intentionally made a risky move, while chasing your dreams, and how it turned out; hopefully for the better!

Thanks for being here with me once again at www.weirdforgood.com – Your continued readership has literally towed me through some murky waters lately. I appreciate you.

There will be new information coming soon on the improved version of:

“I creatively design solutions that materialize ideas and dreams; improving the lives of people, growth in organizations and prosperity in business.”

One thought on “Hooking into a Whale”